What is this game about?

What is this game about?

Firstly, this game is similar to Flow Scape, World Maker and Menyr in that you can create worlds; but different in that there are many more advanced features offered that enables you to play your character in the world you create. (If you’ve signed the NDA, you will see the Game Features section below that goes into more details).

Imagine a fantasy world. Ok… got it? Now, paint that world onto a landscape of your choice effortlessly. Want a creek that runs through a dense jungle? Great! In the world creator mode, you can accomplish it by simply painting it onto the landscape. Of course, there are more things you can paint into your world! Have a look!

Want a music soundtrack to add some mood and depth to your world? No problem. Just select the music that you want as well as the environmental sounds you want to go along with it. BAM! Now, it’s really getting interesting!

Once you’ve created a map (in your world), next is to add a quest that’s given by a non-player character. When a Player Character completes the objectives of a map, he/she will advance to the next one.

What’s next? After you’ve created your world, you can then invite friends to come play alongside you or hang out with you in your world. Upon beginning to play a level, you can opt to watch the cinematic that you created or simply skip instantly to the starting point where you will begin your journey.

Look… this is your fantasy, your world… your game! So make it interesting! Fill it with mysterious wonders and tell a story in an immersive way. The realistic visuals and sounds will leave your friends in awe. The possibilities are endless! Start creating now! 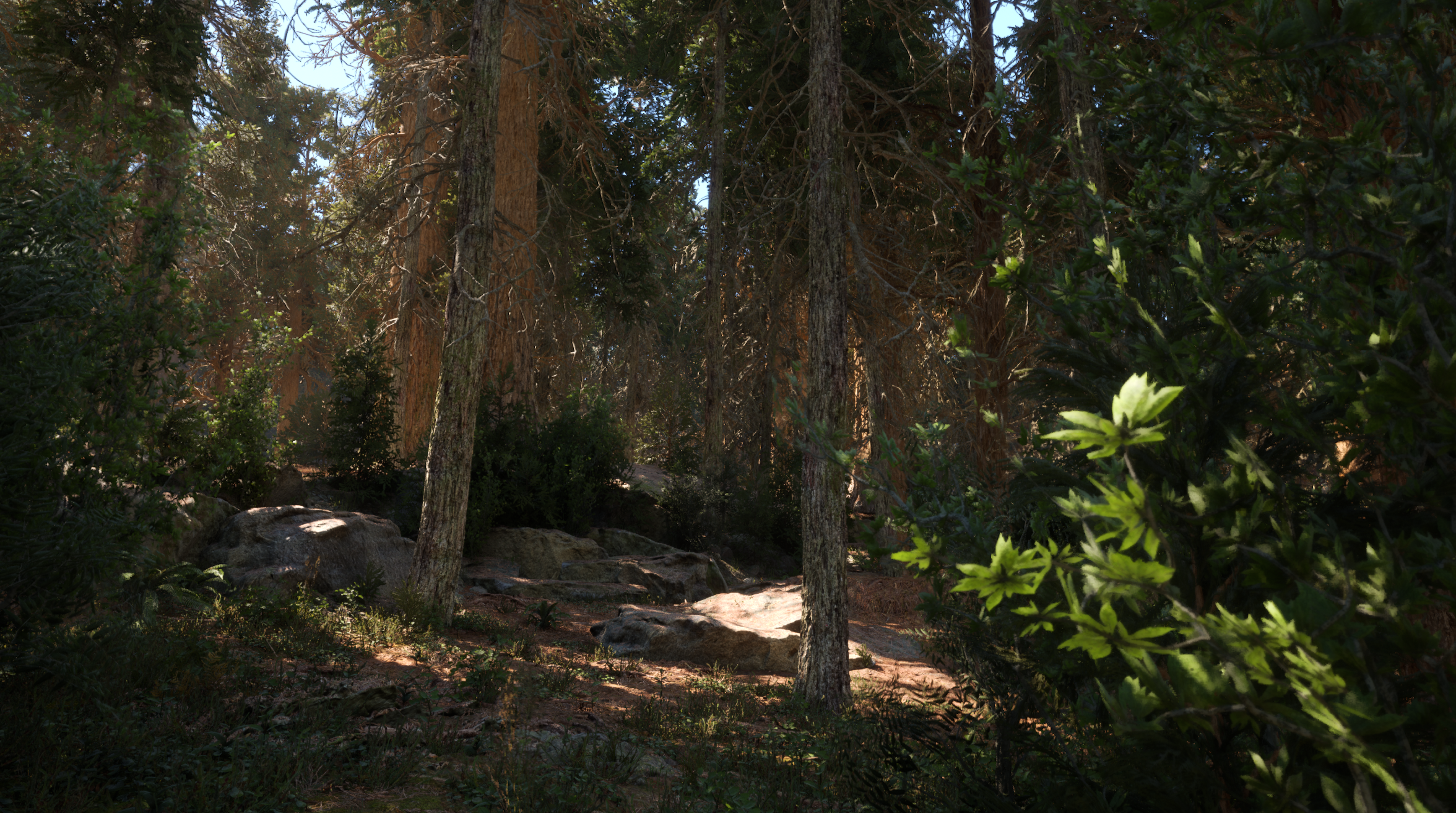 Here’s the story. You are an Independent Filmmaker. You set out to film a documentary on some sort of strange phenomenon in a jungle located in South America. You book a private flight to South America to document this phenomenon. On your flight there, something weird happened while the plane approached the destination. The plane seemingly collided with what could only be described as a time warphole and crash landed somewhere in the Amazon Forest. When you gain consciousness, you look around and try to make sense of what just happened. Apparently, you are the only survivor as the pilot and his assistant are dead.

As you look around, you collect a few useful things at the crash site like a pocket knife, first aid kit, a lighter, a compass, a pocket watch, blanket, etc. and luckily a backpack to carry it all in. You notice the scent of food cooking and decide to go towards its direction. As you traverse into the forest, you come upon a village. You discover that the people there spoke a language that you can’t understand. However, despite the language barrier, you begin to learn that you are no longer in the same time period that you started in.

This is when your adventure begins. In order to get back to your own time, you will go through a series of adventures through this vast ancient foresty biome. Your main aspiration is to get back home. You start on your journey by wandering into this “enchanted” forest in hopes to find clues needed to figure out how to get back home.

Enter a lush, mysterious, horrifyingly beautiful looking forest or jungle (whichever you prefer to call it). It consists of all sorts of plant life along with exotic forest creatures…

During gameplay, the objective is to avoid getting hurt (too much) or killed while you are trying to go through the forest and arrive at your next destination. Basically, your character will start at one village and then go to the next village (in order to complete the level). Along the way, there will be things to explore and hidden loot to pick up as well as useful items to use in the upcoming levels.

Each level gets progressively more challenging with scarier and stronger creatures or monsters as well as more obstacles. The lighting in some parts are almost pitch dark so torches would become the main source of light. Some parts will take you through a cave. Some parts you will discover ruins left behind by an ancient civilization. Some parts will be a large clearing where you can see a lake and some mountains off into the distance. You can also expect to see waterfalls, creeks, geysers, rainfall, falling leaves, airborne particles, etc. Some parts will have a river that you’ll have to cross or ride down on a hand-built raft (materials will need to be gathered to create the raft). Other parts of the forest will require you to bring a companion (NPC) to help you complete the level. NPCs can be asked to assist you in certain villages. In fact, you will run into NPCs that give you hints along the way.

Every moment of the way, there will be a lot of jumping, climbing, crawling, sneaking, hiding, attacking, etc. Your character will advance in skill and capabilities as you complete levels.

What’s the end of the game? Good question. Spoiler alert! The end is when you discover that you woke up in a hospital room after being in a coma for several months. Boring right? Well, not so boring when you find out that there will be a Part II coming. 😀